After a sold-out run at the New York Theatre Workshop, Slave Play is making its keen awaited debut on the Broadway stage in September 2019. Slave Play is written by Broadway whizkid Jeremy O. Harris and became an instant sensation upon its Off-Broadway run. Name talent from Hollywood, including Madonna, Whoopi Goldberg, Scarlett Johansson, and Tony Kushner flocked to see the controversial show when it debuted at the New York Theatre Workshop on December 9th, 2018. Dealing with topical themes like race, sexuality, gender, and history in America, Slave Play has earned several accolades in its short existence. Despite the seemingly controversial topics the show deals with and the fair amount of backlash it received for its mature content, the show went on to receive immense support from general audiences and industry bigwigs like Stephen Sondheim and Tony Kushner. If you're visiting New York City in September or the succeeding months, make your way to the John Golden Theatre for a show that successfully challenges your notions of what society deems appropriate.

Slave Play: About The Show

Any time a show transfers from Off-Broadway to Broadway, you know it's something special. Slave Play, written by Jeremy O'Harris is not only special but features so much topicality that it sparked intense discussion amongst the people who watched it. Following a much talked about the run from November 2018 to January 2019 at the New York Theatre Workshop, Slave Play is making its way to Broadway for a limited 17-week engagement. The Off-Broadway production won countless awards including the prestigious Rosa Parks Playwriting Award and the Lorraine Hansberry Playwriting Award. The show deals with provocative and transgressive themes of attraction, relationship, and race through the life of four couples.

The expertly written play is brought to the Broadway stage by director Robert O'Hara, who also directed the Off-Broadway production. Bryon Easley is the movement director and Clint Ramos has designed the set. The costumes have been designed by Dede Ayite and Jiyoun Chang has handled lighting design. The much loved original Off-Broadway cast is also transferring for the Broadway production. Paul Alexander Nolan stars as Jim, Joaquina Kalukango is Kaneisha, Ato Blankson-Wood is Demble, and James Cusati-Moyer is Dustin. They are joined on stage by Sullivan Jones, Chalia La Tour, Irene Sofia Lucio, and Annie McNamara.

Slave Play is set on what appears to be an old, Deep South slave plantation; the McGregor Plantation. The show is divided into three acts, each bringing something different yet unifying masterfully at the end. The first act, Work, begins at the plantation and focuses on the interactions and encounters of three couples at work. The opening act is staggering in its depiction of exploitation and sexuality. The next act, Process, shifts to a modern-day therapy session where couples discuss the struggles of achieving and maintaining mutual satisfaction in their relationships. Finally, the last act, Exorcise, draws a startling parallel between the past and the present and comes to a conclusion on how our past manifests itself into how we view others as sexual partners. 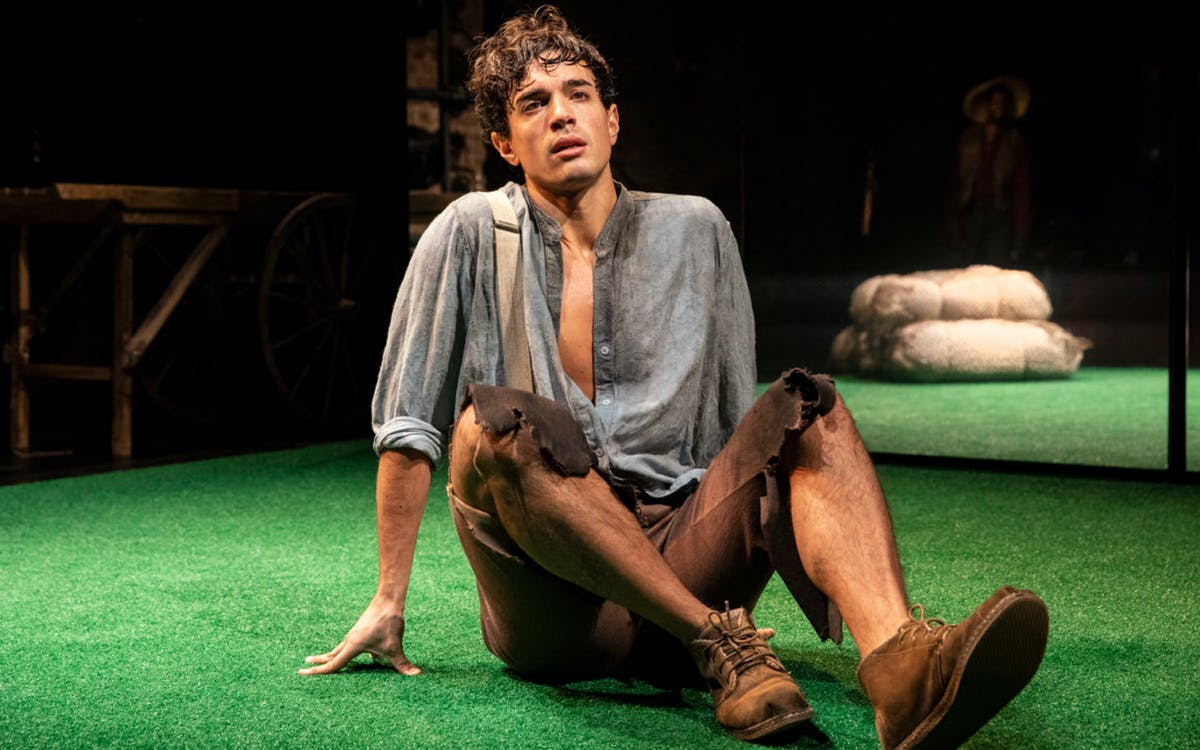 The show is scheduled to premiere on September 6th, 2019 for a 17-week engagement.

Audience
The show involves sexual themes and depictions. It is, therefore, recommended only for adults. Children under the age of four years will not be admitted.

Seating
The John Golden Theatre has a seating capacity of 804.

Have a look at the real-time seat availability and prices of different sections for Slave Play. In the interactive seat-map, select the date that you would like to watch the show and check out the seats available for that day. You can filter the seats as per your desired price range and purchase tickets directly.

“Slave Play is extreme, both in the way it poses that question through sex and in posing the question at all.”
- New York Times

For those looking to book discounted Slave Play Broadway tickets online, platforms like TodayTix and Headout are your best bet, as they source tickets directly from the box office and scour the internet for any discount codes available for these shows. Any price advantages are then passed on ensuring that you are paying the lowest prices.