Playing at the Lyric Theatre from the 23rd of November, 2018 to the 13th of January, 2019 is the musical adaptation of the award-winning children’s picture book, ‘Room on the Broom’ by playwright and writer, Julia Donaldson and illustrator, Axel Scheffler. This 55-minute spectacle has been described as the ‘perfect introduction to theatre’ and has garnered rave reviews from audiences and critics alike. Full of songs, laughter, fun and a bit of scare, ‘Room on the Broom’ makes for a wonderful family watch this holiday season!

As mentioned earlier, this production is based on the hit children’s book of the same name by Julia Donaldson. The book has been hailed worldwide and has been translated into 21 languages, and has also won a number of literary awards including the 2002 Sheffield Book Award and the 2002 Scottish Children’s Book Award. The book was so successful that in 2012, it was made into a short 3D stop-motion animated film.

This short cinematic version was also lauded and was nominated in the category of ‘Best Animated Short Film’ at the 2014 Academy Awards. Going by the story’s performance and history, you can rest assured that the onstage adaptation will not disappoint. ‘Room on the Broom’ is directed by Olivia Jacobs with music and lyrics by Jon Fiber, Andy Shaw and Robin Price, and lighting by James Whiteside, all experts in their respective fields.

‘Room on the Broom’ tells the story of a kind witch who is happily riding on a broomstick with her cat. While riding, a strong gust of wind blows her hat off her head. On land, she finds the hat in the mouth of a dog, who in return for the hat asks for a ride on the broom. The three then set off over fields and forests, before another gust of wind blows the bow off her plait. This time, a bird approaches the witch with the bow in its beak, and again, requests a ride on the broom. The four continue the journey and this time the witch makes sure she doesn’t drop anything but lo and behold! In an attempt to prevent her bow from falling, her wand falls from her hand and drops to the ground below.

Fortunately, on the ground, they find a frog that has retrieved the wand, and you guessed it - the frog wants a ride on the broom as well. The broomstick, now getting crowded, can’t handle the weight of the additional passengers and snaps in two when the frog leaps on. The animals all tumble down to a bog, leaving the witch alone to fend for herself against a hungry dragon. How will the witch escape the clutches of the dragon? Well, see for yourself! 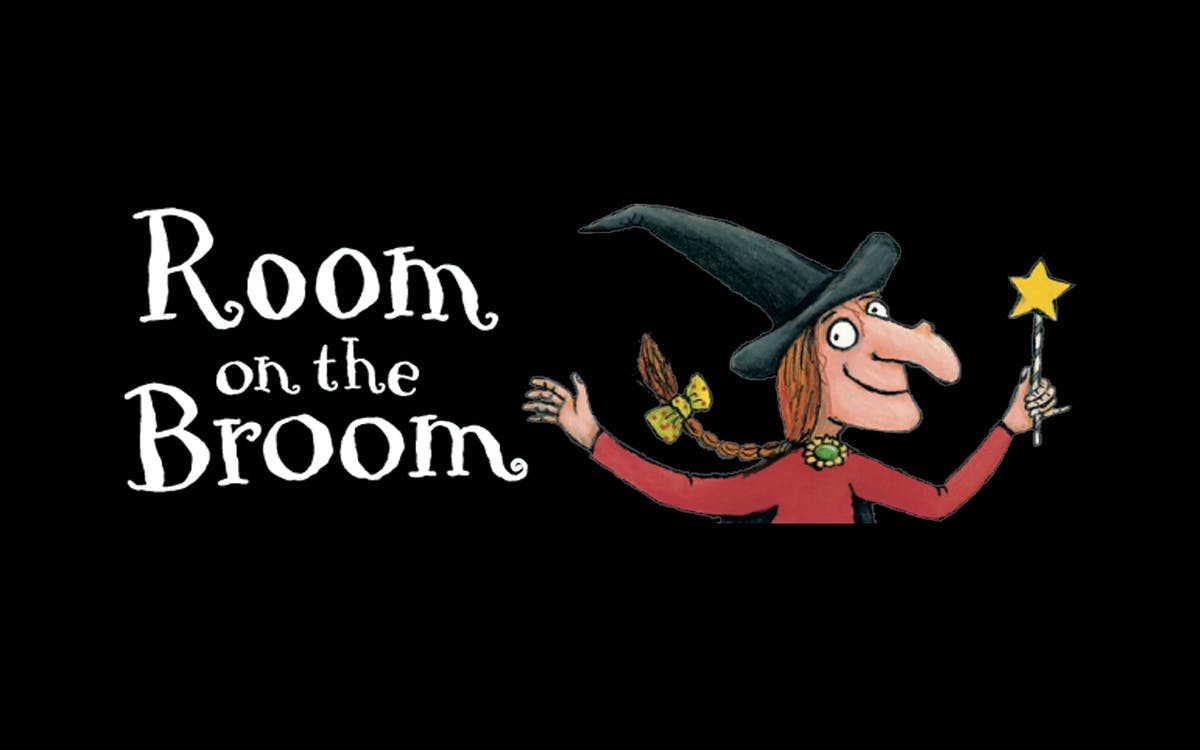 Use promo code WE10 and save £10 on Room On The Broom London tickets.

Room On The Broom London Tickets

Looking out for discount on Room On The Broom London tickets !

Have a look at the real-time seat availability and prices of different sections for Room On The Broom London. In the interactive seat-map, select the date that you would like to watch the show and check out the seats available for that day. You can filter the seats as per your desired price range and purchase tickets directly.

Use promo code WE10 and save £10 on Room On The Broom London tickets.

Audience
Recommended for ages 3 and above.

Seating
The Lyric Theatre has a seating capacity of 967.

“This performance is great family entertainment and is an ideal way to keep your little ones amused.”
– What's Good To Do

“Rather than patronising children with saccharine adaptations, the company's blend of slapstick humour, original songs and rapid fire dialogue ensure this truly is a show for the whole family.”
– North-West Evening Mail

Apart from getting tickets for Room On The Broom online, there are other ways to obtain West End tickets for cheap, such as:

Room On The Broom London TKTS

Room On The Broom TKTS tickets will be available once the show premieres.

Room On The Broom London Lottery

Day Seats are discounted tickets that are available for purchase, and are to be used, on the same day at the theatre. Please note that the availability of tickets is based on the discretion of the Lyric Theatre Box Office, and may not be available for all shows.

Day Seats at Lyric Theatre are currently unavailable for purchase. They will be made available once the show opens.

Q: Is there a possibility that I will get partial view seating if I purchase discounted Room On The Broom London tickets?
A: When booking with Headout, you will get to select your specific seats, thus, ensuring you do not get stuck with partial view. However, if you opt to try and win lottery tickets, or purchase day seats, your seats will be allocated at the discretion of the Box Office, which can potentially mean partial view seating or split seats.