Piccadilly Theatre London is one of West End’s oldest and largest public theatres. At the time of its construction, the theatre had a whopping 1400 seats in total, which eventually came down to 1193 due to extensive renovations. Initially, the Piccadilly Theatre operated as a cinema hall and made history by premiering the very first talking motion picture in London, The Singing Fool.

Constructed by Bertie Crewe and Edward A. Stone, the theatre’s simple exteriors do a marvelous job of hiding the extravagant Art Deco interior which was designed by Marc-Henri Levy and Gaston Laverdet. Pink, gold, and green are the dominant colours in the bars and foyer, giving the inside of the theatre a vibrant look. While the theatre has been used as everything from a cinema hall to a cabaret restaurant, it’s prominently known for having hosted some of the best plays and musicals in London, such as Who's Afraid of Virginia Woolf?, Ragtime, A Streetcar Named Desire, Guys and Dolls, and Grease.

Presently, the Piccadilly Theatre is playing host to Death of a Salesman. In February 2020, the theatre will host Pretty Woman. If you’re planning on watching either of these shows, you’ll need to find the best seat in the house to make your experience special. Well, that’s exactly what our Piccadilly Theatre London guide has in store for you.

Now Playing at the Piccadilly Theatre

Death of a Salesman 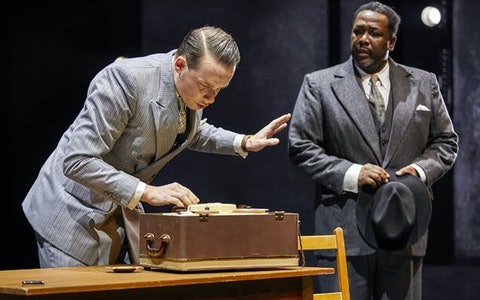 Arthur's most famous play, Death of a Salesman has won him both the Tony Award as well as the Pulitzer Prize. It premiered in Broadway in the year 1949 and ran for an astounding 742 performances. Key roles in this edition have been played by Wendell Pierce (Willy Loman) and Sharon D Clarke (Linda Loman). The show is directed by Marianne Elliott and Miranda Cromwell, who is fresh off the success of Company. Watch the Loman family live out their notion of the American Dream.

The show focuses on journey of a salesman and his realization of the American Dream. The Loman family is going through a bit of a crisis thanks to Willy's often-varying mental instability, their incapacitating fears and delusions. Their pursuit of the American Dream has landed them in deep trouble. The current production has turned the Lomans into a black family, elevating the levels of social drama. Willy's self-esteem goes for a toss when he has to depend on his white neighbours for handouts.

Book Death of a Salesman tickets and save £7 on your first booking. Use promo code!

Arriving Soon at the Piccadilly Theatre 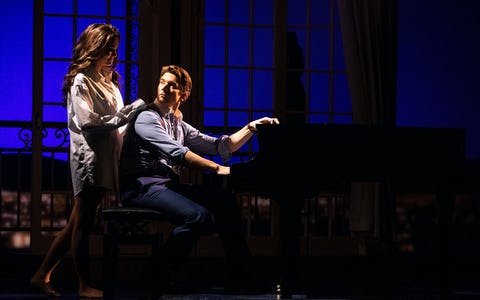 After making waves on Broadway, Pretty Woman, based on the 1990 film of the same name, is headed to West End in 2020. Bryan Adams and longtime collaborator Jim Vallance are in charge of music and lyrics. Jerry Mitchell takes care of choreography and direction. Mitchell boasts a career spanning over 35 years and has been in charge of over 50 productions across various theatrical locations. The show will follow a book written by Garry Marshall and J.F. Lawton.

Vivian, a prostitute who resides in Sunset Boulevard, is hired by Edward, a wealthy businessman, to accompany him on his business events and gatherings. Over the course of a week, Edward starts to see Vivian in a new light and the pair grow close despite being from completely different backgrounds. Edward decides to set up an apartment for Vivian so that she stays off the streets. This isn't exactly what Vivian had in mind, and considering her love for Edward, she turns down his offer. What happens to the couple hereafter? Watch the musical to find out!

Book Pretty Woman tickets and save £7 on your first booking. Use promo code!

The main foyer can be reached by taking 1 step up from street level. For disabled patrons, a step-free access is also available from Sherwood Street. This entrance also has ramp access to the Royal Circle. From the foyer the Stalls are 15 steps down, with 28 steps up to the Royal Circle and 70 up to the Grand Circle.

There are 3 slots available for wheelchair users per performance, all located in the Royal Circle. There is one wheelchair space in Row A, and two in Box C (with companion seats), all located on the left hand side of the auditorium.

Assistive Listening System: The auditorium has a Sennheiser MobileConnect WiFi sound amplification system installed. MobileConnect uses WiFi to provide clear and high quality audio to a smart device, either through headphones or a necklace for hearing aid users.

Bar: The Stalls Bar is located 22 steps down from the Foyer, while the Royal Circle Bar is 26 steps up from the Foyer. There’s a bar in the Grand Circle section as well which is located 70 steps up. Since all bars have limited seating, plan your intermission break accordingly.

Cloakroom: The theatre is equipped with a cloakroom where you can keep your large items, if any, for the duration of the show.

Guide dogs: To make the experience all comfortable as possible for all patrons, guide, hearing and other working dogs are allowed in the theatre.

Toilets: Women's toilets are 8 steps down from the Stalls and the men's off the Stalls bar is also a further 8 steps. For disabled patrons, there is a toilet next to Box C and the accessible area in the front of the Royal Circle.