All About Visiting The Heart of Alhambra – The Nasrid Palaces

The Nasrid Palaces are often the highlight of ones visit to Alhambra. A mansion built for the Spanish Muslim rulers, the Nasrid Palace is a breathtaking lounge to tranquilize the conscience. With its perfectly proportioned rooms and courtyards, its finely designed stucco walls and wooden ceilings, bright blue and yellow tiling ; it is an exquisite example of Moorish architecture and craftsmanship. While wandering about the quaint rooms, you'll instantly be transported to the days of Spanish royalty.

Being the most sought after section of the Alhambra Palaces, tickets to the Nasrid Palaces are highly controlled (and obviously really hard to get). You will be given a specific slot to enter and a minute's delay could soil your visit. However, once you're inside, you can spend as much time as you'd like.

To know more about planning your visit to the Nasrid Palaces, read on.

The Nasrid Palaces are a complex of palaces and the royal residence of the kings of Granada. During the 13th century, the founder of the dynasty, Alhamar, began the construction of these palaces. The Nasrid Palaces were built on the request of Muhammad V, aided with what was already built by his father Yusuf I. The onset of Alhambra’s most glorious period was marked by this event.

Today, the unique luxurious complex represents the excellence of Islamic art and culture in Spain. These palaces include within their walls, the delicacy of the last Hispanic-Arab governors of Al Andalus, the Nasrid. The heaven-like courtyards are inspired with elements of Persia and Arab. The crystal clear water that flows between the marbles of the fountains in the courtyards adds to its aesthetic beauty.

Alhambra
Small Group Tour to Alhambra, Generalife and A...
from
€46
5% Cashback

Alhambra
Skip The Line Tour to Alhambra, Generalife and...
from
€36
5% Cashback 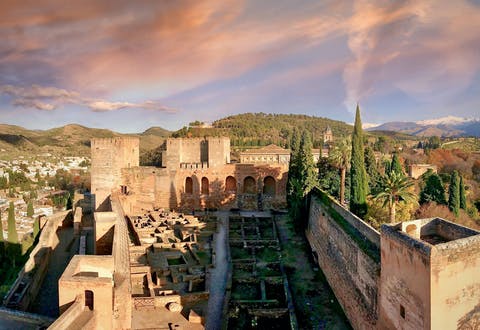 The Nasrid Palaces of Alhambra comprise of a series of lavish rooms and heavenly built courtyards. Make your way to the main visitor entrance to the Alhambra and set foot into the grandiose of Nasrid Palaces. Based on your preference you can enter the luxurious palaces either during the pleasant chirpy mornings or the sultry afternoons or during the moonlit night sky.

These heavenly palaces constitute of three different parts. Firstly, the El Mexuar which is the oldest hall served as a courtroom for meetings between the Council of Ministers. Secondly, the Palace of Comares where the king resided. The Courtyard of the Myrtles, the Hall of the Boat and the Hall of Ambassadors are found to be enclosed within this area. Lastly, the Palace of the Lions which is the main courtyard area.

Although the course usually takes less than an hour to cover, you can wander around the Moorish Palaces as long as you wish. The visit is also accessible for the physically disabled.

Highlights of the Nasrid Palaces

A hall known as the Mexuar was restored by Muhammad V. This courtroom served as a meeting room for the Sura or Council of Ministers where they held their reunions when the Sultanate imparted justice. You can find four columns at the centre of this room embellished with muqarnas. The beautifully carved ceiling origins from the Christian period, decorated with paintings and gold motifs. The second floor of this courtroom is smaller in size and at the north endpoint is a courtyard that leads into the oratory.
During 1632, these rooms were converted into a Christian chapel and a choir was built by Emperor Carlos V.

Nestled in the Alhambra is the Palace of Comares, comprising of a collection of rooms in the vicinity of the Arrayanes Courtyard. You can find porticoed galleries on both ends of the palace. On the northern end, you can find the Embajadores Hall and the Barca Hall. In order to leave its visitors astonished, the decoration and construction were ordered to be extremely exquisite. This palace is the most important palace of Alhambra and the official residence of the Sultan.

The Golden Room derives its name from the grotesques of the ceiling, which the Catholic Kings repainted in pure gold. The room opens into the courtyard through an arched portico with three arches. In the midst of the courtyard, is a magnificent fountain carved out in marble. A gate leads this royal courtyard with the Reja courtyard at one side.

This palace comprised of private rooms which belonged to the royal family. Lion’s Palace is built at an angle between the Arrayanes Courtyard and the Baths. A central courtyard is found to be enclosed by several beautiful galleries which give access to different rooms. At the north of this courtyard, you can find the Ajimeces, the Dos Hermanas and the Mirador de Daraxa. On the east is the Reyes Hall, on the west is the Mocarabes Hall and on the south is the Harem and the Abencerrajes Hall.

The Mirador de Daraxa is the part of the Dos Hermanas Hall which offers majestic views of the garden. From this part of the Palace, the whole city of Granada can be seen. It is intricately decorated and adorned with Arabic verses, and get mesmerized by its gigantic dome. From the Ajimeces Hall, lurk the path that leads you to the Mirador. Over the windows, the arch is decorated with muqarnas, which is carved with inscriptions of praise to God as poems on its doors.

Wondering which tickets work best to explore the Nasrid Palaces during your visit to the Alhambra? Check out these popular options that often sell out weeks in advance!

Getting to Nasrid Palaces Alhambra

The Alhambra Palace is open every day of the year, except 25th of December and January 1st.
It is advisable to arrive atleast 30 minutes before the slot printed on your tickets. Since it is a popular attraction, long lines for entry is common. Only 300 people can enter the Nasrid Palaces every half an hour, so don’t miss out on your slot. It is also important to note that they are strict about timings. Hence no exceptions entertained. The last visit to the Nasrid Palaces will be one hour before the closing time. 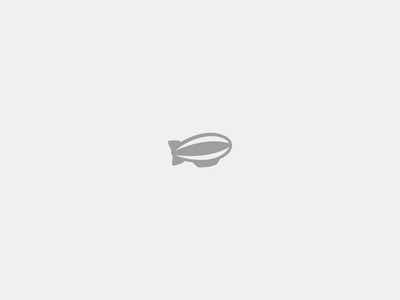 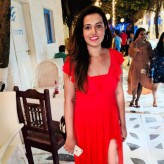 An introvert who expresses herself by the words that flow out as she writes. A Bangalorean by heart but has been across 22 countries by the age of 22. New York, Paris & Kashmir making it to her top 3 list of places that she has been to, she plans to go on a solo adventure in the near future. Her gypsy home is filled with souvenirs from across the world. She's always up to take her tastebuds on a food tour. As a world explorer, she has learnt that travelling helps her rejuvenate her soul by filling it up with memories and life lessons that no school ever taught.