About The Theatre
Seating Chart
Diana | The Musical

The Longacre theatre is one of the oldest theatres in the Theatre District of NYC and presently home to Diana, a Broadway musical. Based on the life of the royal princess Diana, the musical has been directed by Christopher Ashley and David Bryan has lent a melodious soundtrack. If you are planning on watching Diana, our Longacre theatre seating chart is exactly what you need!

Here's a handy link to the seat availability and real time prices for different seats/dates for Diana on Headout.

Let’s take you through the Longacre theatre seating chart and help you find the best seats! 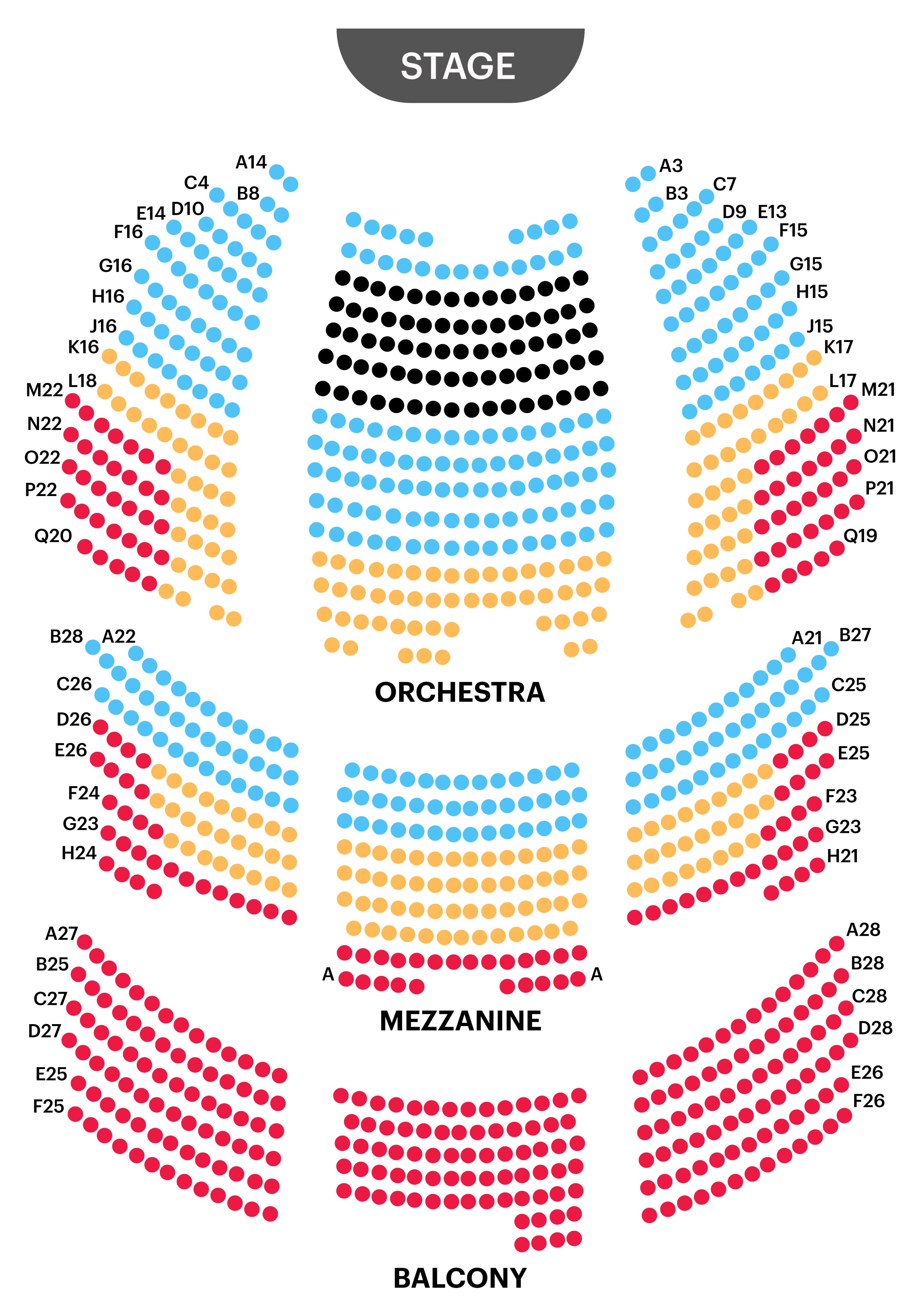 Get $15 discount on your tickets
Book Now

Get flat $15 off on Diana Broadway Tickests when you use promo code!

The Longacre theatre was constructed in 1913 by revered theatre manager/producer H. H. Frazee with the intention of hosting musical comedies. Following a period of financial struggle, Frazee sold the theatre to Astor Theatre Inc., which was owned by the Shubert Organisation. The theatre was used as a television and film studio between 1943 and 1953 but returned to its Broadway roots in the the mid 50s.

Post its return to being a Broadway theatre, the Longacre went on to host some memorable Broadway productions like Fair Game, Mark Twain Tonight, Ain't Misbehavin', The Young Man From Atlanta, Who's Afraid of Virginia Woolf?, A Bronx Tale, and The Prom.

The Longacre theatre was designed by Henry B. Herts, who has famously designed many a Shubert Broadway theaters. Unlike other Shubert theaters, though, the Longacre had a relatively low-key design. The exteriors showcased a French-Neoclassical design while the interiors were tastefully done in a Beaux-Arts style. In 2007, architect Michael Kostow oversaw extensive renovation work, adding patron-friendly modifications, redoing the French-style exteriors, and restoring the original artwork and architecture.

Not one of the bigger Broadway theaters, Longacre has 1,091 seats in total, spread across three major section, namely orchestra, mezzanine, and balcony. There are a bunch of additional seats in the box and pit areas too.

To help you find the best seats for Diana, our Longacre theatre guide will look at each section of the theatre in detail and highlight the best spots. Let’s begin! As is the case with most theatres, the Longacre orchestra is the biggest seating section in the house with 506 seats in total (almost 50% of the total). The section can be divided into three major subsections, left, center, and right. The seats in orchestra left are even numbered, starting with 2 and ending with 22, moving right to left and the orchestra centre subsection has seats numbered 101 to 117, again, moving right to left. Orchestra right, the last subsection, is odd numbered, with seats numbered 1 to 21, moving left to right.

The seats in the orchestra section are mostly good, with comfortable seats and decent sightlines. The extreme corner seats of the left and right orchestra can be avoided, though. Basically any seat with double digit numbers in the corner sections won’t be the best option. Similarly, avoid the last four rows, after row M, because the seats are too far back from the stage and offer an average view at best.

Depending on your budget, you can pick a seat that offers an unrestricted view of the stage. Our recommendation would be center orchestra, middle row seats or the non-corner seats of the left or right orchestra.

Check out the real-time seat availability of the Orchestra section in the Longacre Theatre.

The premium orchestra seats (row AA-C) are amongst the most expensive in the theater, competing only with the front row mezzanine seats. As you move further back, the ticket price falls accordingly, with the last few rows costing the least. The side sections, left and right orchestra, are priced similar to the center rows in the mezzanine section.

We saw A Bronx Tale this past Saturday night. We were in the Orchestra and were able to see everything perfectly. It was a fantastic show and we loved the small feel of the theatre.
- JLMRamos, TripAdvisor

We were lucky enough to get 3rd row orchestra seats, which were wonderful. I read complaints of small, uncomfortable seats with no legroom. As an old theater, admittedly, the seats were not anything special, but they were not all that bad. I was comfortable, being 6 foot tall.
- Mje, TripAdvisor

Next we have the first elevated level of the Longacre theatre, the mezzanine. With a seating count of 314, this is the second largest section in the theatre, which is structurally similar to the orchestra. Divided into three sections with 9 rows in total, left, center, and right, the Longacre theatre mezzanine offers a mixed bag of viewing angles.

The first 5 rows (A to E) offer a clean, direct view of the stage and getting seats for the front mezzanine section is recommended. The rows after that (F-J) are not the best on account of their considerable distance from the stage. The same applies for corner row seats (numbered 18+) which are a little far off on the sides to offer a great look at the stage. If you’ve a budget to consider, we would recommend going for the 4th or 5th row and not the middle seats because those tend to be very expensive.

Check out the real-time seat availability of the Mezzanine section in the Longacre Theatre.

In general, the ticket prices in the mezzanine section are lower than the orchestra, given that it’s further away from the main stage. Despite this fact, the premium orchestra and front row mezzanine seats are priced similarly. If budget is not a concern for you, we would suggest going for the mezzanine seats because they offer a better view. The last few rows of the mezzanine are also generally cheaper than the last rows of orchestra.

We went to see A Bronx Tale, which was a fabulous show by the way, and we sat in the 6th row of the mezzanine. Before we got there I wondered how the seats would be cause I usually like to sit in the orchestra so this was a first, but they were WONDERFUL !!! We could see EVERYTHING!
- Tweety3380, TripAdvisor

The seats were front row of the mezzanine and were excellent. The ticket web site showed the view from our seats and it was even better in person. It was a great play and not being a musical the sound was helped by it being a smaller, intimate place.
- Bnneal, TripAdvisor

Coming in at last we have the balcony seating section. With 243 seats and 7 rows spread across three sections, left, right and center, the balcony is the smallest section in the theatre.

It goes without saying that the balcony section doesn’t offer the best view of the stage, given just how far away from the stage it is. Keeping that in mind, if you’re on a budget, the balcony can be a suitable alternative. The first few rows are actually decent and offer a clean view of the stage. You should definitely try and avoid the last few rows of the balcony if you can, since the view isn’t great and there have been complaints of sound issues too.

Check out the real-time seat availability of the Balcony section in the Longacre Theatre.

The front row of the balcony falls in the same range as the side row seats of the orchestra and the middle rows of the mezzanine. As you move further back towards the last couple of rows of the theatre, the prices drop accordingly reaching their lowest. The balcony is perfect for people looking to watch Diana on a budget.

Sat in front row balcony the latest time. Had good view from there. Not much leg room at all. But sound is good from balcony and doesn't seem like many blind spots. We were happy.
- Lori, TripAdvisor

After waiting outside in the cold to be let into the theater to see "A Bronx Tale," we were initially happy with our balcony seats on one far end in the fourth row. We had a good view of the stage in this old, intimate theater, and the heads of the people in front of us were low enough not be a problem. Unfortunately, when the play started, we were extremely disappointed in the sound system.
- Bob, TripAdvisor

The Longacre theatre is located in the supremely popular theatre district, which is teeming with places you can eat at. Here are some of the best restaurants near Longacre theatre:

1. Blue Fin: An upscale seafood and sushi restaurant in 1567 Broadway, Blue Fin has all the makings of a pre-theatre pitstop.

If you're looking for more dining options near Longacre theatre, our Broadway theatre district restaurant guide will come in handy.

If you prefer public transport, like one should, there are multiple buses and metro trains you can take. Buses plying to the Longacre theatre are M104, M42, M6, M10, and M27/50. If travelling by subway is more your thing, you can take the 1, 9, C or E train to 50th Street or the N or R train to 49th Street.

Wondering how to score cheap tickets for Diana on Broadway? Get great last minute deals on Diana on Headout, your one stop, on-demand mobile concierge.

The Longacre Theater has 1091 seats
in total.