In 2003, the theater hosted Peter Allen’s musical biography, The Boy From Oz, starring Hugh Jackman, who went on to win a Tony for his performance. Other 21st century shows include Billy Elliot The Musical, Nice Work If You Can Get It, and Les Misérables.

The Imperial Theatre is now home to Ain't Too Proud. Destined to become one of the best Broadway musicals this year when it opens on March 21, 2019, Ain't Too Proud tells the story of the famous Detroit-based band of the 1960s - 'Temptations'. The show sheds light on the band's struggle for equality even when they keep churning out one hit after another. Featuring tracks such as 'Papa was a Rolling Stone' and 'Ball of Confusion', the show is set to strike the right chord with modern audiences as well. Based on Dominique Morisseau's book, this entertaining musical will be directed by Des McAnuff whose portfolio includes Jersey Boys and Big River.

Also, here’s a handy link to the seat availability and real time prices for different seats/dates for Ain't Too Proud on Headout.

Let's get started, and answer all your questions about getting the best seats at the Imperial Theatre.

Get $15 off on tickets
BOOK NOW

Designed by theater district icon, Herbert Krapp, the Imperial’s architecture has a heavy Adam-influence, in both the interiors and the exterior. The theater features a sunken ceiling and ornate panels adorn the walls, which are intricately decorated with beautiful floral designs. Unlike most Broadway theaters, the Imperial’s auditorium is wider instead of being deeper, allowing guests to get a more intimate look at the stage. In 2016, the theater underwent extensive rearrangement to bring the very specific vision of Natasha, Pierre and the Great Comet of 1812 to life.

This Imperial Theatre seating chart has all the information you would need to have a splendid experience watching Ain't Too Proud. Here, you will find the seating chart an in-depth look at each section, some of the best restaurants near the theatre, and ways to get there.

Let’s look at each section of the Imperial theater NYC in detail to help you figure out which seat would offer you the best view of the stage. It goes without saying that the banquette section offers the best view of the show, given its proximity to the stage. There are some table and seats placed around the stage area too, which also function as theater seating. Of the two banquette subsections, the right one is odd numbered and has 6 rows while the left is even numbered with 7 rows in total. The tables seat 4 people each on an average, while some tables have seating for 2 or 3 patrons, owing to the stage design.

We would recommend planning ahead and getting seats for the banquette section for a truly immersive theater experience. If being too close to all the action seems daunting, or partially facing the audience sitting on the other side of the theater doesn’t seem appealing, you can skip the banquette and look for seating in the orchestra or front mezzanine.

Surprisingly, the banquettes and stage tables are not the most expensive seating in the theater. They come in second after the premium, front row orchestra seats and cost the same as rear orchestra and front mezzanine.

1800's Russia and punk Williamsburg Brooklyn fused together. The entire theatre becomes the stage. No curtain, no back wall, no orchestra.. Next to me was not another seat, but rather an antique table with a Tiffany lamp. Performers were singing and dancing and playing instruments alongside my seat, behind me, in front of me. Theatregoers were alongside the stage and on the stage. Very unique theatrical experience.

If you buy tickets to the show, I highly recommend the upholstered banquette seats on stage. It is a must if you are looking to be fully immersed in the show. I truly felt as though I was experiencing it with them. The centre orchestra section is further bisected with a runaway that connects to the stage area, used by performers for entrance and exit.

Within the orchestra section, the front few rows are the best, allowing for an intimate look at the stage, while also offering multiple possibilities for audience interaction if that is something you enjoy.

Check out the real-time seat availability of the Orchestra section in the Imperial Theatre.

The front orchestra seats are also the most expensive of the lot with a considerable margin. Move down a few rows and the price matches that of the banquette and front mezzanine. If shelling out a lot of money is not a concern for you, you can opt for the front orchestra seats, else the banquette and front mezzanine seats are the next best option.

The orchestra seats have been transformed to on-stage table seating and paths have been added to the entire theater so the musicians & actors can move throughout the theater. Truly interactive, expect to be face to face with the cast, enjoy warm dumplings & perhaps be the recipient of a love note.

Sitting in the orchestra gave a great view of everything that was going on. Leg room up there was minimal, but with so much talent and energy it was not a concern. The front mezzanine is the smallest section in the theater, with five rows in total, divided into four subsections with 8, 13, 8, and 13 seats per row, respectively. Talking about the view offered, the front mezzanine houses some of the best seats in the theater. The first few rows are typically considered the best, especially since they provide a complete look at the theater without any obstructions or blocks whatsoever. The last row of the FM section is also not too shabby, especially when compared to the last row of the orchestra, which gets partially obstructed by the mezzanine overhang.

Check out the real-time seat availability of the Front Mezzanine section in the Imperial Theatre.

The front mezzanine seats are priced similar to the banquette section. The choice between the two boils down to what kind of experience are you looking for. If you prefer an intimate Broadway experience, the banquette seats are ideal for you. On the other hand, if staying away from the spotlight is something you enjoy, go for front mezzanine. You’ll be a little removed from all the action, but get to enjoy the show the way you want.

This musical is worth going to see. Do not let the unorthodox seating arrangement scare you away. We sat in the front mezzanine and the seats were wonderful, with full view of the whole theater. The actors use cat walks throughout the theater so that at any time there may be an actor standing right beside you, in front of you, or behind you, singing right in your ear! It was great.

We sat in the front mezzanine and the seats were wonderful, with full view of the whole theater. The actors use cat walks throughout the theater so that at any time there may be an actor standing right beside you, in front of you, or behind you, singing right in your ear! It was great. Bringing up the rear is the rear mezzanine (pun intended!). Slightly bigger than the front mezzanine, the RM section has 7 rows split up into five sections with 7, 12, 14, 12, and 7 seats in each row, respectively.

Many reviewers have commented how they are no bad seats in the Imperial theater and that is true. Even the rear mezzanine, although quite far back from the main stage, offers a uniformly good view of the stage. The front few rows offer a great view of the stage, while the last row aren’t half bad either. If you wish to engage with the show and its performers though, the rear mezzanine is not meant for you.

As expected, the rear mezzanine seats are the cheapest of the lot. The first three rows (A-C) are the most expensive, falling in the same range as center and rear orchestra seats. The seats following the first few rows experience an appropriate fall in the prices.

Check out the real-time seat availability of the Rear Mezzanine section in the Imperial Theatre.

We sat in the rear Mezzanine, but the seats were fabulous. The way the theater has been redone means there isn't a bad seat in the house. The audience is included in the show by the dancers/musicians moving throughout the theater, by being given an egg to shake during the Russian folk dance, and by the overall feel of the show.

If you can afford the stage tickets that could be a lot of fun, but the show happens all throughout the entire theater (we were in the rear mezzanine) so there isn't a bad seat.

Here are some of our favorite restaurants around Imperial Theater:

1. Junior’s: Serving fine deli fare with a BBQ to boot, the deserts are the star attraction at this Brooklyn-themed restaurant.

5. The Lamb's Club: A clubby, art-deco style restaurant in 132 West 44th Street, with cocktails and steaks to die for!

6. City Kitchen: This takeout joint serves the city’s best ramen in a straightforward, no-fuss manner, focusing on the quality of the food instead.


If you're looking for more dining options around Imperial theatre, our Broadway theater district restaurant guide will come in handy.

If you prefer public transport, like a true blue New Yorker, there are multiple buses and metro trains you can take. Buses plying to The Lunt-Fontanne Theatre are M104, M42, M6, M10, and M27/50. If travelling by subway is more your thing, you can take the 1, 9, C or E train to 50th Street or the N or R train to 49th Street.

Travelling in your car? There are numerous paid parking spots close to the theatre too. Some of them include LAZ Parking, Edison ParkFest, Bright Management, and Impark.

Our Imperial theater guide is now officially complete! Now comes the most important part, securing good tickets for the show. If you're looking for Ain't Too Proud Broadway tickets, Headout, a one stop, on-demand mobile concierge, is where you should start.

Choose Ain't Too Proud, select your seats, and show up at the theater on the day of the experience. In the meantime, a Headout representative will take care of the legwork and meet you at the theater before your show to hand-deliver your tickets in person. 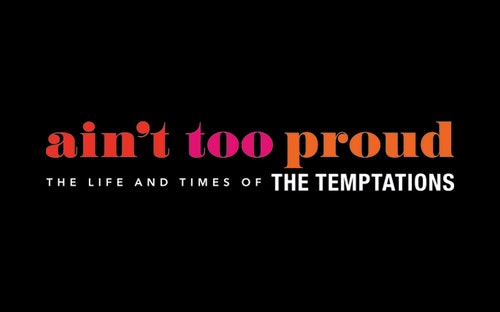 Enjoy Ain't Too Proud on Broadway at a discount.

Have a question? Live chat with our experts 24/7
Imperial info

The Imperial Theater has 1417 seats
in total.