Located in Panton Street in Westminster, the Harold Pinter Theatre is a West End house that was initially used exclusively as a comic opera house. Named the Royal Comedy Theatre when it first opened in 1881, the Harold Pinter Theatre was designed by famed architect Thomas Verity. Construction work was completed in just six months and three years after its opening, the theatre was renamed the Comedy Theatre. The theatre underwent a major renovation in the mid 1950s and reopened in 1955 but retained the auditorium layout of the original. The Harold Pinter Theatre is also famous for the part it played in helping abolish the outdated Theatres Act 1843 by establishing the New Watergate Club in 1956, which simplified the rules of stage censorship. In 2011, the theatre was renamed after famous British playwright and actor, Harold Pinter and housed many of his works. The theatre was Grade II listed by the English Heritage in 1973 and is presently owned by the Ambassador Theatre Group.

While the Harold Pinter Theatre was originally meant to host comedy operas, it ventured out to all types of plays and musicals later in its existence. Some iconic productions hosted at the theatre include Monsieur Beaucaire, Sunday, The Dictator, Raffles, Shell Out, This and That, Cat On a Hot Tin Roof, A View From the Bridge, The Homecoming, The Caretaker, Moonlight, No-Man's Land, and The Hothouse and many others. Presently, the theatre is hosting Ian McKellen On Stage starring himself. In January 2020, the theatre will host Uncle Vanya. Looking forward to catching one of these shows? Our Harold Pinter Theatre seating plan guide has all the information you would need to make your West End experience memorable. Ian McKellen - the name says enough! An acclaimed actor both on the stage as well as the screen, McKellen has achieved it all including Tony Awards, Golden Globes, Screen Actors Guild, and Olivier Awards. He is considered a true British acting icon and was knighted in the year 1991. After several years in the fields of theatre and film, he came out as gay in 1988. Ian McKellen on Stage, a one-man show of his, has been brought to the West End stage by Sean Mathias, his longtime collaborator. The show is scheduled to be performed at 80 different theatres, with the proceeds to be used to theatre charities. The show will shed light on McKellen's greatest roles, and his journey through cinema, theatre and everything in between.

Ian McKellen On Stage presents itself in the form of an interactive Q&A session including opportunities for audience members to go up on stage with the icon himself. McKellen will provide intimate details into his 60-year long acting career, obviously focusing on the characters of Gandalf (from 'The Lord of the Rings') and Magneto (from 'the X-men' series) that are remembered by audiences all across the globe. McKellen has this unique ability to play with the attention of the audiences. His amiable and easy-going demeanour are sure to surprise you and conversing with him will almost feel like you've known him for a very long time. He will also recall some of his famous roles and lines from Shakespearean plays in the show's latter half. The show will not only be remembered as a tribute to his career journey and life but also for the charismatic persona that Sir Ian McKellen has always been.

Ian McKellen as Himself

Click here to get a discount code for booking Ian McKellen on Stage London tickets. 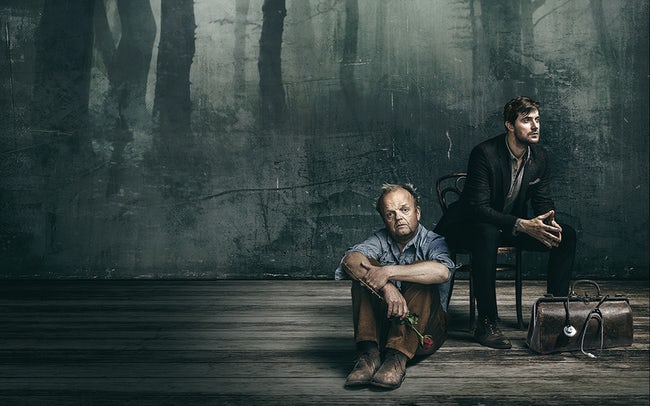 The latest adaptation of Chekhov's novel of the same name boasts a stunning cast and crew. The cast features well-known names such as Toby Jones, Amiee Lou Wood, Richard Armitage, Ciaran Hinds, and Rosalind Eleazar. The show has been written by Connor McPherson and directed by Ian Rickson, both established names in the theatre scene. Rickson has previously tackled Chekhov in the 2007 production of The Seagull. The spectacular combination of cast and crew is expected to stun audiences when the show opens in January.

The show is set amid the summer heat where Sonya and her uncle Vanya are wasting their days in a crumbling countryside estate. The local doctor Astrov is their only occasional visitor. Things take a turn when Sonya's father arrives with his young new wife. He lets Sonya and her uncle know that he intends to sell the house. Pleasantries are no longer exchanged and conversations between the members of the family turn sour. Watch the show to find out what happens in the lives of these interesting characters.

Click here to get a discount code for booking Uncle Vanya London tickets.

Stalls: You can access the stalls by climbing down 24 steps from the foyer to the auditorium.

Dress Circle: The dress circle is most accessible section in the theatre and is step-free from the foyer to the end of the section.

Royal Circle: The royal circle is accessible via 23 steps up towards the auditorium.

Balcony: You can access the balcony by climbing up 49 steps from the foyer. Patrons with limited mobility should avoid this section.

Bar: There's a bar located in all four levels of the theatre but only the dress circle bar offers step-free access for users with limited mobility.

Assisted Listening Device: The theatre is equipped with Sennheiser MobileConnect sound amplification system which allows patrons to connect their phones to the system for a superior audio quality. Headphones or necklaces are available for hearing aid users at the theatre box office.

The Harold Pinter Theatre is located in central London which makes it a very easy place to get to. There are tons of public transport options you can choose from. Here are some of the top picks:

Vehicle: If you're getting your own vehicle, there are many parking lots available close to the theatre, including Q-Park.

1. Tasting Sicily - Enzo's Kitchen: Gorge on regional Italian delights including pizza and sip on wine from an extensive collection, all in a stylishly minimalist decor.

2. Shoryu Ramen: Visit this minimalist noodle bar for their special handmade ramen in pork broth plus sake and Japanese whiskies.

4. Byron Haymarket: Serving scrumptious and posh hamburgers with a choice of toppings, salads and sides, this American-inspired chain diner is a must visit!