New York Subway Sign: There are 468 subway stations in New York, and they are never dull provided you make sure to pay attention.  Each subway station in New York has a black and white striped board.  Conductors of the subway have to point to that board at every stop, at every hour of the day. They do this to show that they have fully arrived at the platform. It’s kinda silly, but they have to.

The next time you are taking a tour of the subway to admire the best subway art or just rushing through rush hour, stop and notice.

P.S Some kind folks decided to show their appreciation to these conductors. Watch what they did. It will make you gooey from the inside.

P.P.S. Take an Art Tour to discover secrets like these Whispering Gallery Of Grand Central:  Psssst, want to hear a secret? Grand Central has a whispering gallery which is AMAZING. You walk into the corridor outside the Oyster Bar & Restaurant (it’s too famous for you to miss it)  You’ll see four low arches. It was built by a father and son duo way back in 1913. If you stand in one corner, make your friend stand in the corner that is diagonally opposite to it (so you’re the farthest apart you can be), and whisper softly, you’ll be able to HEAR each other–as if you were whispering into each other’s ears!It’s works like magic! Urban historian Justin Ferate says “The voice actually follows the curvature of the ceiling,”. Well it’s not so much magic as it is “telegraphing.”

P.S. Some couples have used this spot to propose marriage to their partners. How romantic, right?

Also, don’t try this at rush hour because of the crowd it becomes a little difficult to hear.

P.P.S. Take a tour of the Grand Central to discover hidden gems like this. Tiny Secret Doors: The fanciest mouse doors with QR codes have been popping all over NYC. It features an open style doorway complete with pilasters and a pediment too. However, the scan of the code in the doorknocker area reveals not the entrance to the greatest mouse house ever, but, a street ad for performance artist Cynthia von Buhler’s Speakeasy Dollhouse project, an immersive theatrical show.

P.S. The Speakeasy Dollhouse is based on a real murder mystery–that of von Buhler’s grandfather.

P.P.S Immerse yourself in theatrics of the Broadway Love Quotes in Central Park: This may not be a big revelation or anything, but how romantic are the quotes on the benches of Central Park? The adopt-a-bench project is the reason behind these quotes. A program established in 1986 lets you adopt a bench and the funds raised through these are used to care for benches of Central Park. To date, more than 4100 benches have been adopted. In recognition of the contribution, the administration allows a personalized plaque on the park bench of the donor’s choosing.

Now you know how to make a mark! Also, makes us wonder, how was the bench was revealed to their recipients. Where are they now? How often do they find their way back to the park and to ‘their bench’?

P.S Don’t you think it makes a lovely anniversary or a birthday gift? Waterfall in the 61/2 Avenue: There is a secret shortcut down 6 1/2 Avenue from 51st to 57th street which every New York Office worker knows off. It is a pedestrian escape from the craziness of midtown Manhattan. Situated close by is a 20-foot waterfall and a glass waterfall tunnel. A tropical oasis bang in the middle of the city!

How awesome is that! Next time you are in the area don’t forget to catch it. 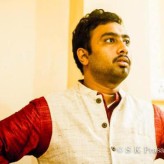 I am photographer and a poet in my time and space!! Otherwise I attempt to hack growth for Headout as part for the digital marketing team.