Abandoned places have always captured the imagination. They are an almost surreal type of destination, a memory slowly decaying in time and frozen in history. They’re not a walk in the park, though – abandoned places are often dangerous, full of rusting metal and structurally unsound buildings. Still, an abandoned place is a sight unlike any other – not always easy, but always worth it.

Often, they’re far from major cities, requiring a serious odyssey to reach. However, we’ve found 7 abandoned places that are in – or right by – major cities. If you’re in any of these cities, check these places out! What is it: Right in Manhattan’s backyard, there lies an abandoned island, just next to some of the world’s most valuable real estate. North Brother Island is a microcosm of New York’s medical history – after a hospital was built in 1885, it was used to quarantine patients with everything from smallpox to typhoid to heroin addiction. However, corruption and inefficiency let to the hospital closing, and it’s been abandoned ever since. These days, it’s a bird sanctuary, serving as nesting grounds for herons and egrets. It’s an eerie place – some say it’s haunted by the thousand people who died there in a 1904 steamship crash.

How to get there: You’ll need a permit from the Parks Department, and then you’ll have to rent a boat. Be advised no one is allowed on the island between March and October – this is when the birds nest. What is it: Considered to be the world’s first true penitentiary, Eastern State was opened in 1829, and housed hundreds of thousands of inmates over its 141 year history. Designed in a radial fashion, its innovative architecture would inspire hundreds of prisons around the world. It was designed with religion in mind, as the mindset at the time was that incarceration was used to modify ‘sinful’ behavior. Famous criminals, like Al Capone and bank robber Willie Sutton, were held here, with Sutton escaping in dramatic fashion in 1945. The prison closed in 1970, and is now a museum open to the public.

How to get there: Eastern State Penitentiary is open to the public as a museum. Simply go to their website and sign up for a tour. What is it: Prior to Hurricane Katrina, Six Flags New Orleans was an operating theme park, complete with a log flume, wooden roller coaster, and a Batman: The Ride (apparently a Six Flags Staple). However, 2005 changed all that, transforming the park into a post-apocalyptic landscape after it spent a month under 7 feet of water. Since then, it’s remained empty, the rides standing like steel skeletons. The park is not open to the public, and due to a number of thrill seeking videos that emerged, the New Orleans Police Department patrols the park daily to prevent any further ingress. These days, the park is used as a movie set; films like Jurassic World and Dawn of the Planet of the Apes used Six Flags New Orleans to film.

How to get there: Due to the illegality of trespassing, we recommend viewing the park from a distance. Still, it’s worth a look if you’re in the Big Easy. What is it: During Motor City’s heyday, Michigan Central was the main intercity passenger rail stop for Detroit. At the time of its construction in 1914, it was the tallest railway depot in the world, and operated until Amtrak shut down service there in 1988. Since then, the building has sat unused, in spite of several proposals for what to do with the 500,000-square-foot property. At the moment, the property is off-limits and entering is considered trespassing. Still, the building is so magnificent that it’s worth just pulling up outside and snapping a few photos – or just having a look.

How to get there: Like Six Flags New Orleans, the Detroit Police Department are on patrol to stop errant trespassers. We recommend viewing from a distance. What is it: Deep in Staten Island, far from the bustle of Manhattan, is a place where ships go to die. After getting off the Staten Island Ferry, a 13 hour bus ride will transport you to what is officially called the Donjon Iron and Metal Scrap Processing Facility, and informally known as, the Tugboat Graveyard. Founded in 1930, the site is technically off-limits (and technically not completely abandoned). However, it’s fairly easily accessible via bus, kayak, or a very long walk. If you’re in the mood for abandoned ships, there’s no better spot than this in New York

How to get there: This one just requires directions: Take the 4 train to Fulton Street, transfer to the x19 bus and ride to Arthur Kill Road. What is it: Once an attractive beachfront San Pedro neighborhood, the Sunken City fell victim to poor geographic location, sliding into the ocean over the course of several years, starting in 1929. Considered treacherous because of the steep cliffs and loose soil, Sunken City is a hidden graffiti mecca, with crumbled roads covered in brightly colored tags. Like most of the spots on this list, it’s technically trespassing to visit the Sunken City, but it’s not heavily patrolled. It IS accessible, but dangerous – one slip on the cliffs and you may join the houses at the bottom of the ocean!

How to get there: If you’re interested, this site has pretty step by step instructions as to how to access Sunken City. Just watch your step! What is it: Rhyolite is unique on this list; located 2 hours outside of Sin City, it’s an entire ghost town that encapsulated the West’s boom and bust cycle perfectly. Founded in 1905, it was established during a gold rush that pulled in 4,000 people by 1907. During its heyday, Rhyolite had water, electricity, a railroad station, and a two story school. However, when the gold ran out, the people left, and by 1920 the town had a population of 14. These days, Rhyolite is completely abandoned, another ghost town in the American West. How to get there: Simply hop in a car and drive north on I-95 from Las Vegas, and you’ll come to Rhyolite after about 2 hours. Happy exploring!

We’ve just scratched the surface – there are thousands of abandoned places across the globe, from submarine graveyards to abandoned nightclubs. Know of any good ones? Let us know in the comments! 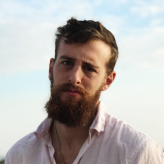