10 Things to Do in London Over the Christmas Season

London comes to life during the holiday season. Dickensian buildings, amazing street decorations and a fantastic array of activities on offer – Christmas is the perfect time to visit the city. Here are ten ideas for how to spend Christmas in London.

1. Enjoy the street lights and decorations The most popular Christmas lights can be found on and around Oxford Street where pedestrians walk beneath 1,778 sparkling snowball decorations. London has a history of glamming up at Christmas and she really does wear it well – this is the 57th year of festive decorations on this famous shopping thoroughfare. If you venture to the West End, you’ll have to psych yourself up for the crowds, but the lights will get you into the Christmas spirit if you’re feeling patient and not planning to rush around.

2. Check out London’s most famous tree

Every December, a giant Norwegian spruce takes pride of place at the centre of Trafalgar Square. The tree has been an annual gift to London from the people of Norway since 1947, in recognition of Britain’s support during the Second World War. The 25-metre tree makes a 700-mile journey over land and sea to become the crowd-pleasing focal point of Christmas in the capital where it’s lit up with 900 light bulbs.

3. Get your skates on

Londoners love to ice skate and that may have something to do with the fact that so many ice rinks are situated in iconic locations. The eternally elegant Somerset House is at the top of the list. It’s centrally located on The Strand and features skating lessons for all ages, and even hosts a “club night”. The Winter Wonderland ice rink in Hyde Park is no less impressive with a Victorian bandstand as its centre point and countless food stalls and fairground rides surrounding it. Those who love history and culture will get a kick out of skating at the Natural History Museum, Tower of London and Hampton Court Palace.

4. Enjoy the art of shopping

The Christmas lights might be nice on the streets, but the best festive displays can be found in the window displays of big department stores. Stores like Selfridges and House of Fraser have made shopping a visual treat akin to going to an outdoors art gallery.

Selfridges’ 12 windows on Oxford Street showcase different Santa-themed Christmas party scenes. Behold a sequin-clad Santa complete with his swag in a train carriage; elsewhere he’s enjoying the apres-ski scene with some female friends. John Lewis has stuck to its tradition of referencing its annual Christmas advert, and this time its windows are full of woodland creatures and Buster the Boxer dog. Rampant consumerism has never been so heartwarming.

5. Stroll around the Christmas markets

No need to go to the North Pole to see what Santa’s little helpers have been making in their workshops. Instead, get thee to a Christmas market like the huge Winter Wonderland in Hyde Park which has more than 200 wooden cabins bursting with gifts and crafts. There are a number of atmospheric riverside markets such as those at the Tate Modern, London Bridge City and the Southbank Centre which buzzes with activity under the watchful gaze of the London Eye. Gingerbread and mulled wine are accompanied by an equally delicious view.

6. Partake in a Panto

Pantomime shows are a uniquely British tradition combining much-loved fairy tales, cross-dressing and slapstick humour. They also have characters that never seem to notice the bad guy’s behind them no matter how loudly the audience shouts. It’s the good-natured banter between the actors and audience that makes these shows so special. This year, Aladdin at the Lyric Hammersmith is a great choice.

For those who prefer theatre to be a little more serious but equally festive, the Royal Opera House has a magical treat for you. The famous Covent Garden venue hosts The Nutcracker, performed by the internationally-renowned Royal Ballet, a show that embodies the spirit of Christmas. Tchaikovsky’s famous score and the stunning sets will appeal to all ages.

Keep the wonder of Christmas alive by taking the kids to see Santa at a Grotto. Indeed, Santa is so magical that he manages to appear all over London in different places at the same time! You can find him at London Zoo where he is accompanied by his reindeer, in the showbiz heart of the city in Leicester Square, or out on the river on a Thames cruise. Adventurous kids can even travel back to Victorian times at the Museum of London to tell him their wishes and receive a gift. The benevolent multitasker will also be at his usual spots at mega toy store Hamleys and luxury department store Harrods.

9. Have a posh festive-themed afternoon tea

Christmas is all about quality time with friends and family, but let’s be honest, it’s also about self-indulgence. And what could be more blissfully indulgent than a Christmas tea experience at the place where esteemed Brits Winston Churchill, Agatha Christie and Rudyard Kipling used to hang out. Follow in their footsteps by having high tea at Brown’s Hotel, Mayfair. The selection of decadent seasonal sandwiches and pastries accompanied by Christmas carols on a piano will get even the most Grinch-like guests into the festive spirit. Of course, you don’t have to go to Brown’s, you could always just slum it at The Ritz, The Dorchester or the Kensington Roof Gardens.

Have you ever wondered why we send Christmas cards and hang up stockings? What’s the deal with mistletoe and kissing? Well, if you go to the Geffrye Museum’s Christmas exhibition you can find out how Christmas became the most celebrated middle-class holiday… or you can use Google, but the museum is more fun! Based in Shoreditch, each of the museum’s bedecked period rooms represent a different era in English history. The Geffrye offers a festive programme of events including late opening.

Sticking around London all winter? Check out our roundup of this season’s best West End Shows. 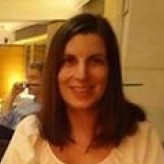